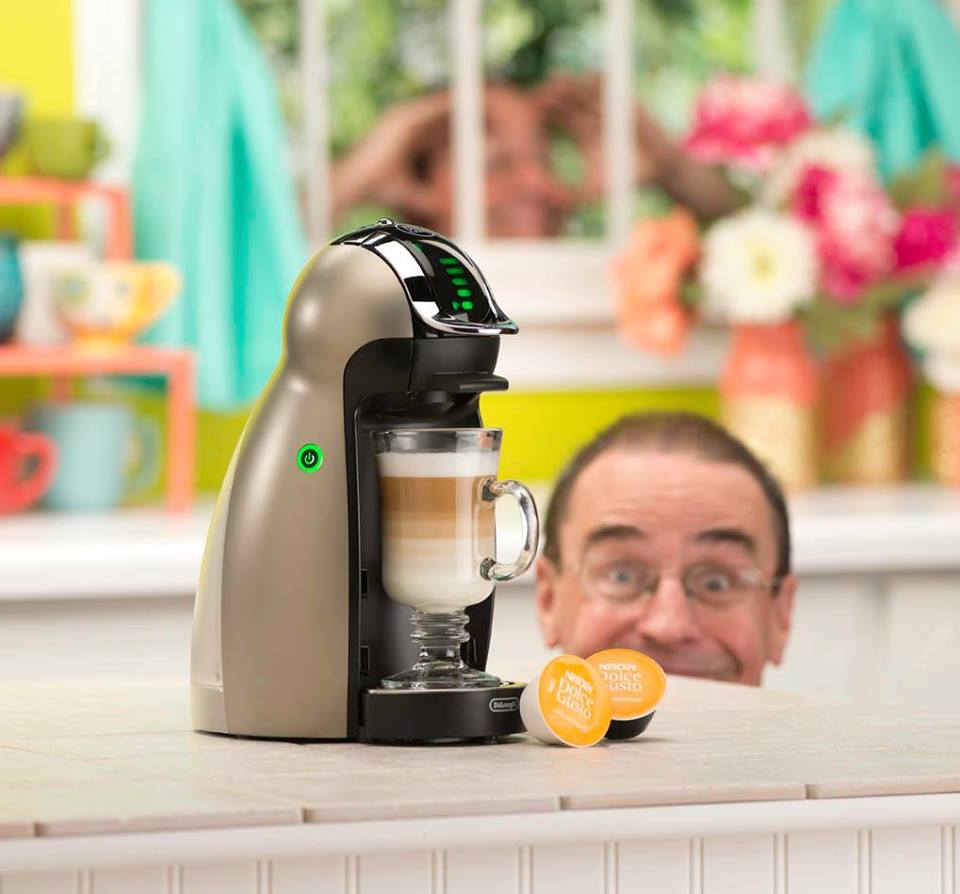 This wasn’t the final image, as you can guess, but just picture it without me, and you’ll get the idea… If you follow me on Facebook, you’ll recognize this as part of my series of self-portraits. Life is just too short to take it too seriously…

Behind The Scenes of Nestle Coffee Maker Shoot

I almost forgot to post this…  I had it saved as a draft and just ran across it.  The funny thing was that I was not allowed to release it until the client had a chance to do so first.  We shot two days for social media only.  That was a new one on me, and I was pleasantly surprised to see the quality social media content being given the attention it deserves. Usually, when a company shoots for social media, it’s the secretary’s job and the results reflect that fact.  The truth is, I predict that all photographers will be getting more and more opportunities to shoot professional photography for the social media needs of companies, large and small.  The thing is, that social media is a really bid thing now and everyone is starved for content.  Photography makes great content, and fewer and fewer companies are willing to post secretary-quality images that represent their products or services… 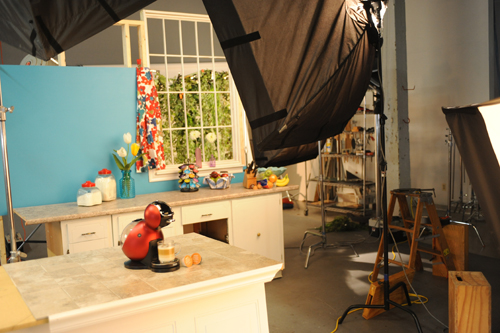 Here’s a behind the scenes photo from a food photography shoot for Nestles. They’ve come up with a really cool coffee maker that does layered coffee drinks, much the same way that Keurig makes single layer coffee makers. It’s a really cool idea.

Another great idea for coffee lovers that do not have a coffee make is the Hugo single serve coffee bags, you just need a coffee mug and hot water. 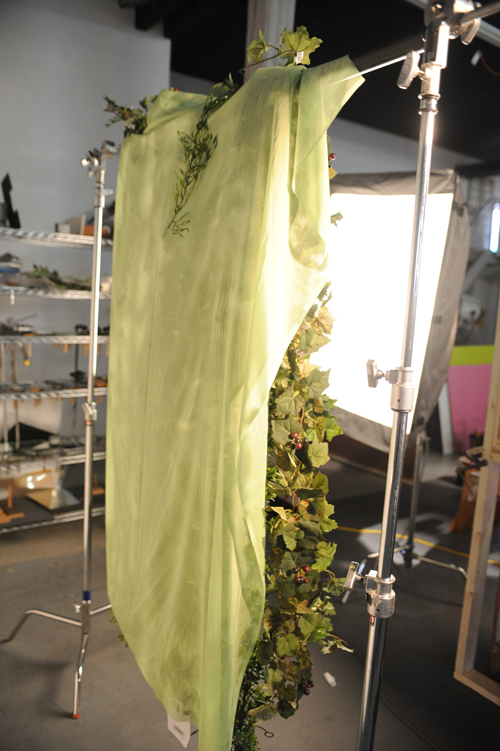 Here’s a shot of the “yard”, outside the window of the house. 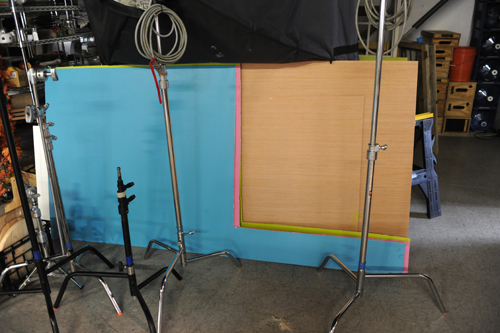 We constructed one kitchen set with the ability to switch out the color of the walls, giving us the opportunity to get many different variations and looks for the client. 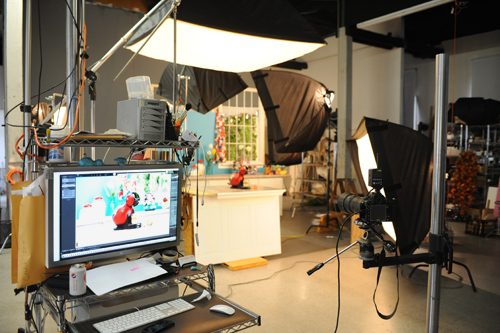 Here’s a behind the camera / computer view from the shoot. 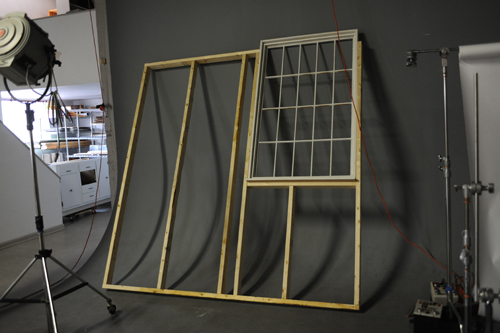 Here’s a photo of the wall, before we added the colored skin for the first shot. 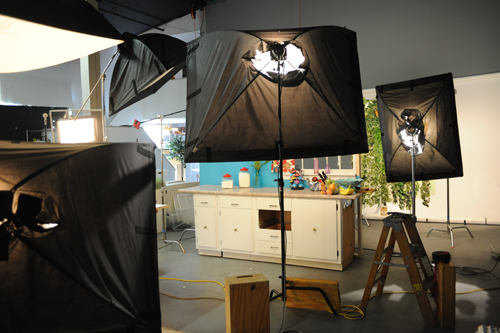 Here’s another angle. Luckily, the island covered the missing drawer. We had both the wall and and the island on wheels, so that we could easily tweak the set if needed. 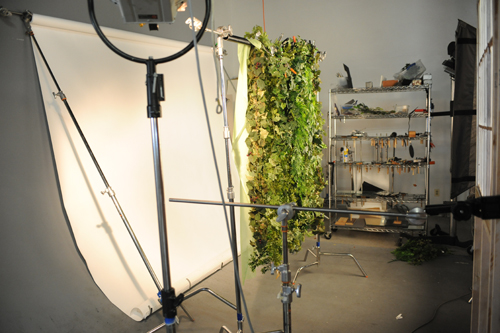 Another behind the yard photo. 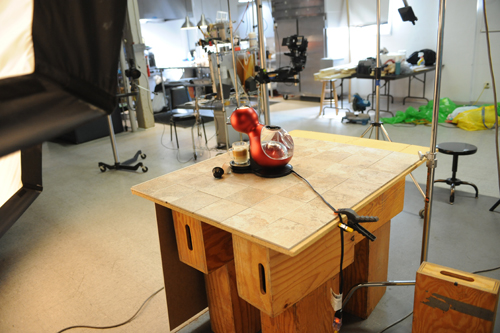 This is a view from behind the coffee maker. We needed to have the lights on the machine illuminated, so it needed to be plugged in to work. We also had to “drag shutter” so that the lighted display would show up in the photo. 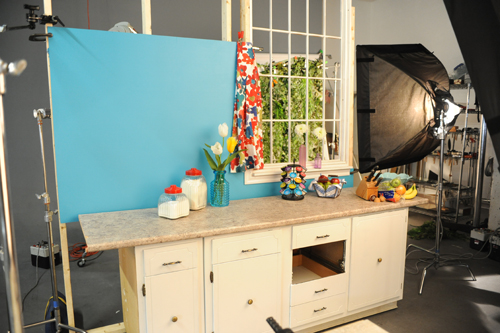 Here’s a nice shot of the kitchen counter. The cabinets and the counter tops came from a place called “Construction Junction”, a local recycling place for construction materials. The Art Director actually styled the sets and did a wonderful job. 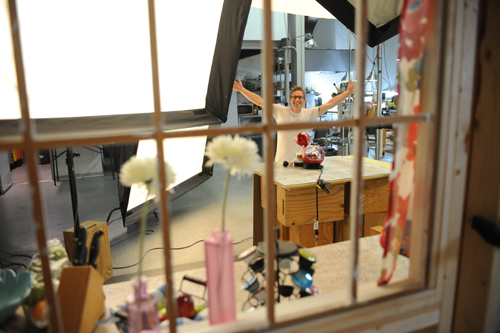 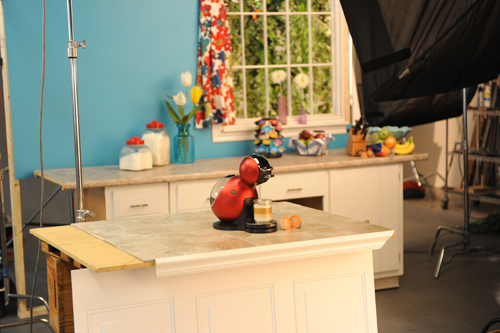 Here’s a shot close to the angle from which we shot the final photos, but these behind the scenes were shot with available light, and not the actual strobe light of the final images.