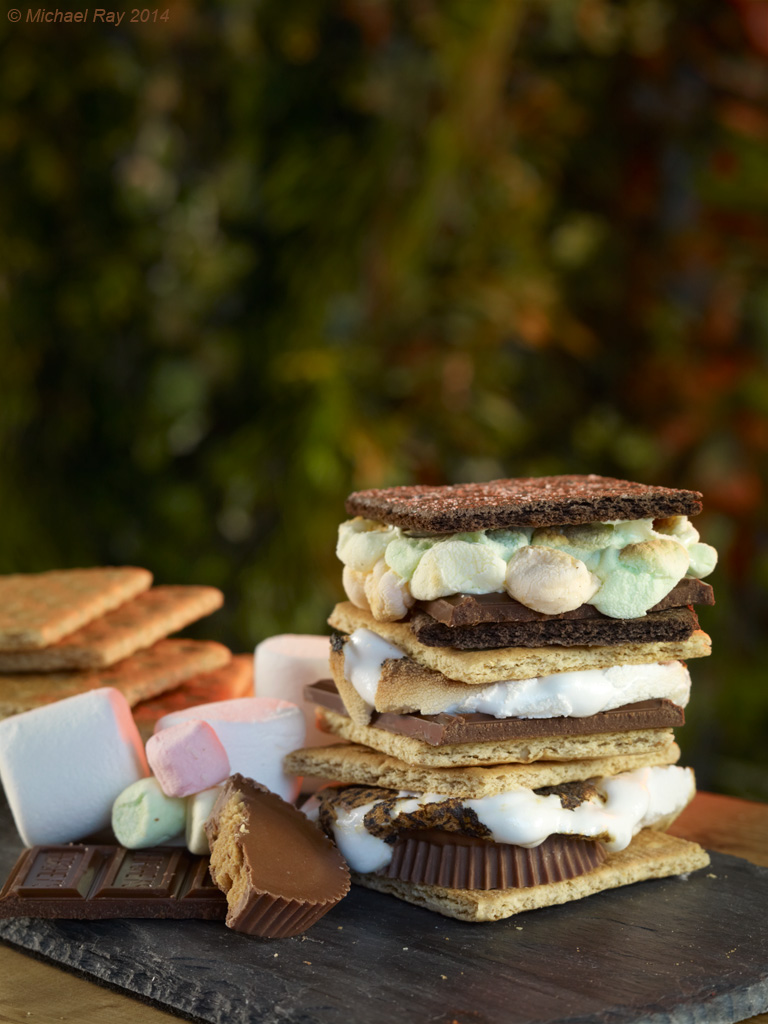 Behind The Scenes at a S’mores Food Photography Shoot

Here are a few images showing how the above food photography image was produced.  This was in interesting food photography challenge that I have never faced before.  How do I make a food photo look as though it was shot outside, at dusk.  S’mores are a “campfire” kind of food and the client wanted to show it in its natural environment, so to speak.  After much though, I figured out that to simulate a dusk shot, I need to do three things:

2. under light the shot, making it a little darker than normal

3. Add a little “twilight blue” to simulate the onset of night. 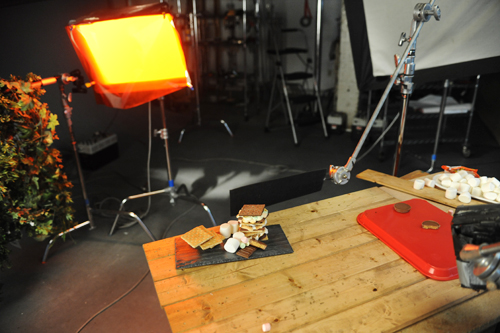 Here’s a good look at the gelled ligght I used to simulate the fire, just off set. It’s also gives you a good look at the wood planking than I got a Lowe’s, beat with a hammer, and stained myself. The little black flag you see there is to prevent the orange from becoming too bright on the corner of the slate. 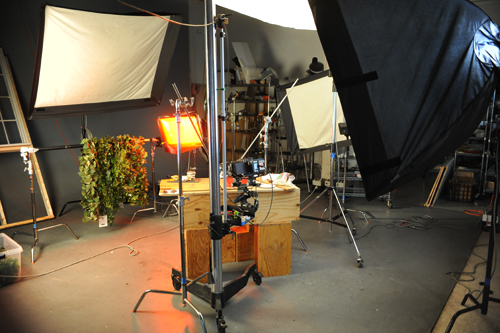 Here’s a long-shot of the food photography set. As you can see, the overall lighting still consists of my “typical food photography lighting setup”, with a few modifications. Notice how I let the gelled light spill onto the plants and also light the s’mores from behind. I normally front-light and back-light the plants, but since I was trying to simulate a dusk feel, I let the background plants go dark. In case you were interested, I purchased the plant strings from Michael’s, a national chain for craft enthusiasts. 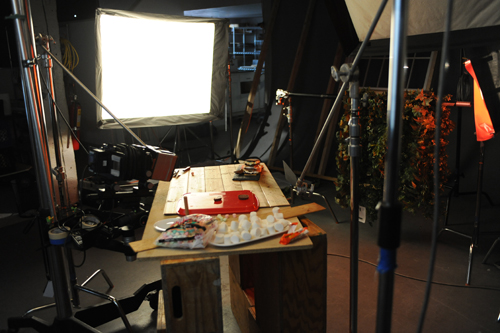 This is a shot from the other side of the camera showing all the marshmallow s lined up, just in case we needed them… 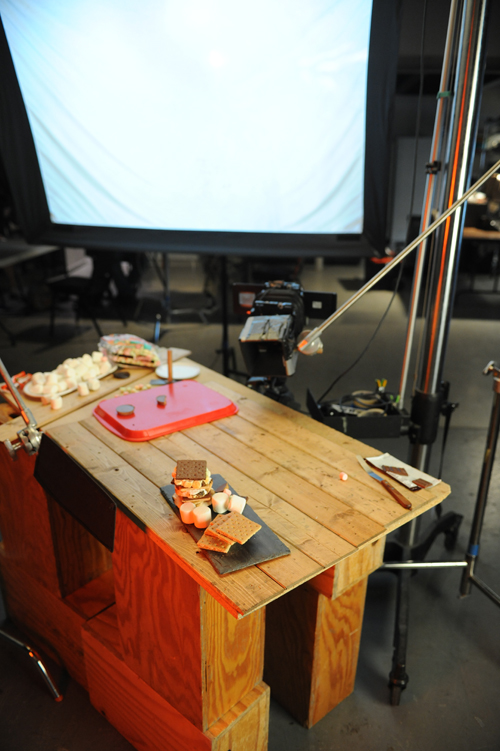 I was racking my brain on how to make a food photo look as though it was shot at dusk, and I came up with using a glue-gelled fill light. If you look at the final image, you’ll detect slight blue cast to the shot. I think the effect is subtle, but effective. Or, I could be just fooling myself… :o) 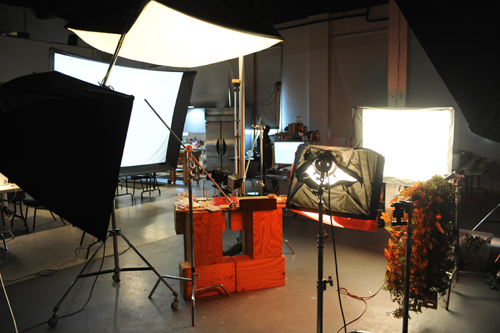 This is on of the few times when I didn’t use my big 10″ for a food photo. Instead, I decided to sort of back-light the subject from both sides, leaving the front to go a little dark, and to be filled only by my blue-gelled fill light. So to recap… This was lit with with a blue fill light, a light to simulate a fire and two 3/4 rear rim lights, and function as the main light. The fill light on top of the set and the “glare light” were both set really really low, or maybe They weren’t even on… (I can’t remember) 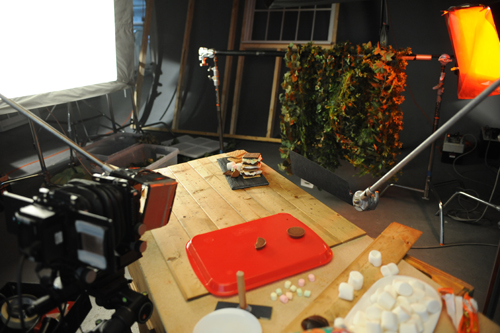 This shot is a little closer up of the set. It’s pretty damn simple… 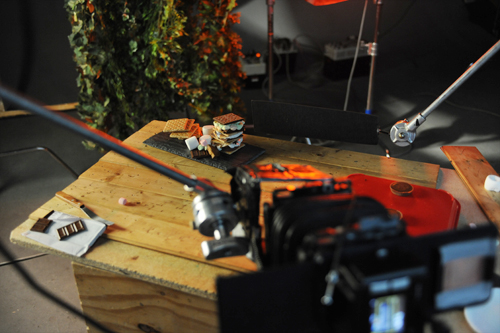 Here’s an over-the-camera view of the set.