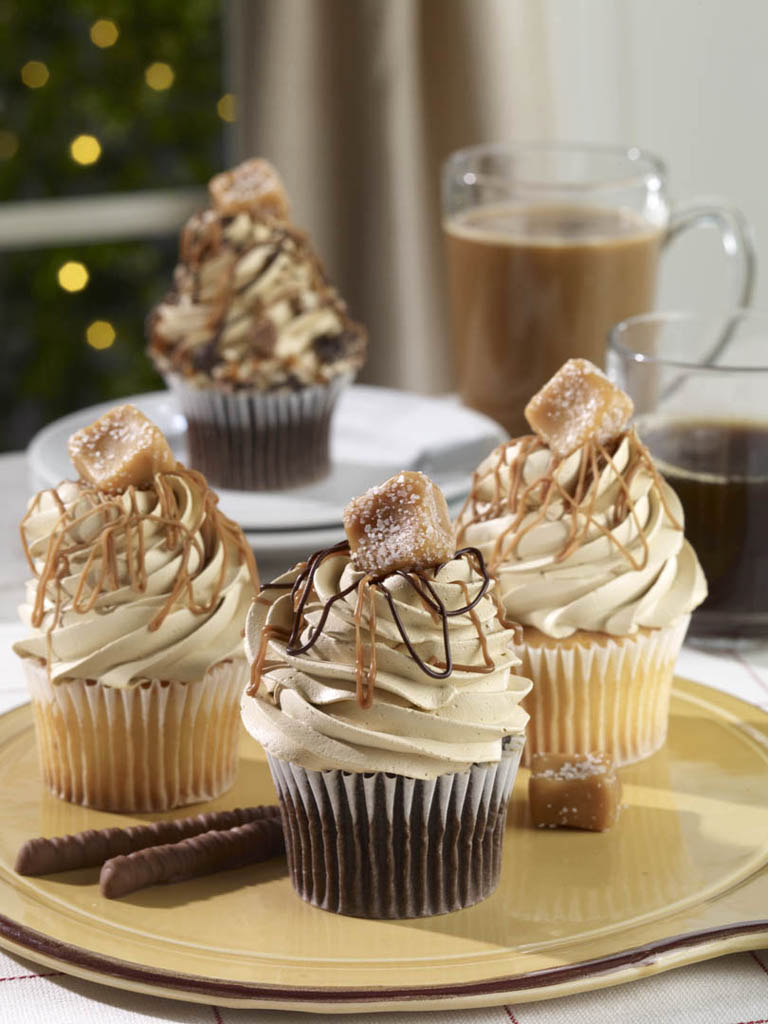 Here’s something from yesterday’s food photography shoot.  It’s kind of interesting that I’ve been asked twice in two weeks to create dusk or evening food photographs.  The last shot was of s’mores and this is for a dinner party.  I’ll soon be posting the behind-the-scenes photos for the s’more shoot, but for this shot, notice how we under-lit the trees outside the window of the set.  It feels a little strange to underexpose something on purpose, but it seems to work.  You want to just show a hint of what’s going on outside.  I’ve had the windows hanging around my photo studio for years now and I’m finally getting around to using them.

Last week, I built a set with a wall and a window in it and I’ve used the window on five or six shots now.   We weren’t trying to illustrate “Christmas”, but wanted to add “a little something” to the outside of the shot, so we came up with the twinkle lights. I think it works… 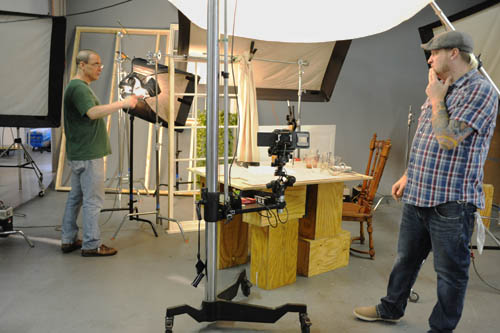 Pittsburgh photographer, Michael Ray, asks Art Director, Jake, where the hell his photo assistant is while he does all the work. 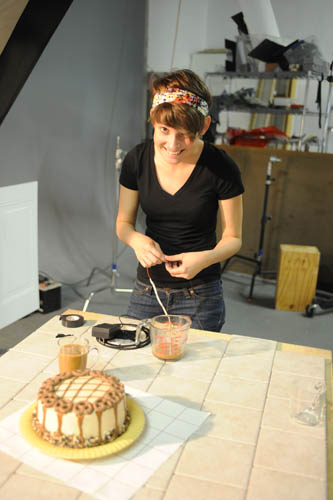 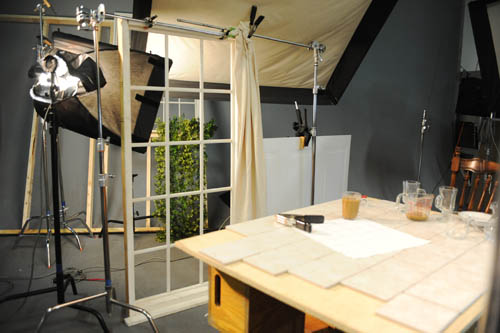 Behind the scenes shot of how food photographer, Michael Ray, set-ups his Pittsburgh studio to create environmental photographs.

Digital Back: Phase One P45+

Shutter speed: 1/2 second (to burn in the twinkle lights)

Aperture: F8 (one stop down from wide open)