There’s something pretty sexy about the lighting of the chocolate on top of that brownie.  It’s kind of hard to put your finger on, but there isn’t much denying it.  Can you figure it out?  It’s the fact that the highlight doesn’t have a hard edge.  It just sort of graduates from light to dark.  The highlight from my light box in front to the brownie has crisp edge, and I think that brings down the “sexy “factor just a little, but the highlight on the top chocolate, sort of creates a stirring in my photographic loins… :o)
To get this effect, I used a large diffusion screen and then placed a light box behind that.  What this does is to create a highlight without a hard edge to it.  It just sort of fades from highlight to no highlight.  It’s very “molten”, if you know what I mean.
If you look closely, you’ll see that I used two other light sources. (Look for the highlights)  The hard edges of those highlights aren’t anywhere near as beautiful as the highlights on top of the chocolate, but the light off to the right of the frame was used to create the texture on the front of the brownie.  I couldn’t get enough texture with a large source, so I tried to combine hard and soft light to get both texture in front and softness on top.  I think it worked pretty well…

This type of lighting also works really well on syrup and sauces. 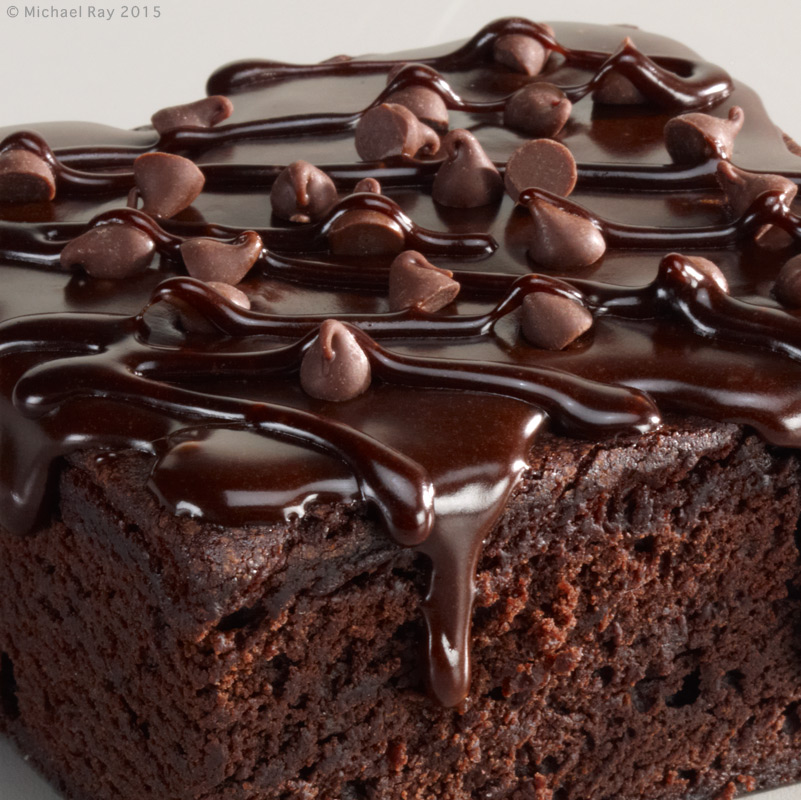 The way this food photography lighting technique works is that it creates no hard edges to the highlights being reflected by the chocolate.